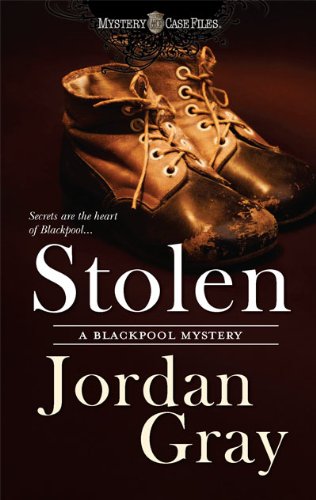 A cozy English seaside town built on secrets and smugglers, Blackpool is a haven for tourists
and home to generations of locals who like their privacy. American Molly Graham and her British husband, Michael, are considered outsiders, but feel irresistibly drawn to this town…and its darker curiosities. Because Blackpool harbors dangerous mysteries. And murder is just the beginning…
A shattering scream outside the old theater leads to the victim, a woman whose past in Blackpool is linked to a seventy-year-old train wreck, a lost child and acache of valuable paintings smuggled out of London during World War II. After a number of frustrating missteps, can Molly and Michael discover the killer in their midst? In Blackpool they know secrets run deep. And some want them hidden forever—at any cost.

In the year 2098 America isn't so different from the USA of today. But, in a post-9/11 security-obssessed world, "secured" doesn't just refer to borders between countries, it also refer to borders between states. Teenagers still think they know everything, but there is no cure for cancer, as Kelsa knows first-hand from watching her father die.
The night Kelsa buries her father, a boy appears. He claims magic is responsible for the health of Earth, but human damage disrupts its flow. The planet is dying.
Kelsa has the power to reverse the damage, but first she must accept that magic exists and see beyond her own pain in order to heal the planet.

Past Midnight by Mara Purnhagen
A teen tries to distance herself from her ghost-debunking parents’ popular TV show, but paranormal phenomena seem to follow her everywhere. Ghosts in her bedroom, curses on her classmates, and messages from beyond are all in a day’s work for Charlotte Silver

While Galileo Preys by Joshua Corin (no picture available)
IF THERE WERE A GOD, HE WOULD HAVE STOPPED ME.
That the message discovered atop an elementary school in downtown Atlanta. Across the street, the bodies of fourteen innocent men and women, each quickly and cleanly murdered. The sniper Galileo is on the loose. He can end a human life from hundreds of yards away. And he has just begun.
Where others see puzzles, Esme Stuart sees patterns, and these outside-the-box inductive skills made her one of the FBI's top field operatives. When she worked for the Bureau. But she turned her back on that dark abyss eight years ago to start a family and live a normal life. She now has a husband and a daughter and a Long Island house to call her own.
But as Galileo's murders escalate, her beleaguered old boss needs the help of his former protégé. But is Esme willing to jeopardize her new perfect life - which she has certainly earned…
How will she explain it to Rafe? To Sophie?

And what will happen when Galileo aims his scope on them?

Wildthorn by Jane Eagland
They strip her naked, of everything-undo her whalebone corset, hook by hook. Locked away in Wildthorn Hall—a madhouse—they take her identity. She is now called Lucy Childs. She has no one; she has nothing. But, she is still seventeen-still Louisa Cosgrove, isn't she? Who has done this unthinkable deed? Louisa must free herself, in more ways than one, and muster up the courage to be her true self, all the while solving her own twisted mystery and falling into an unconventional love . . .

The Absolute Value of -1 by Steve Brezenoff
Noah, Lily, and Simon have been a trio forever. But as they enter high school, their relationships shift and their world starts to fall apart. Privately, each is dealing with a family crisis—divorce, abuse, and a parent's illness. Yet as they try to escape the pain and reach out for the connections they once counted on, they slip—like soap in a shower. Noah’s got it bad for Lily, but he knows too well Lily sees only Simon. Simon is indifferent, suddenly inscrutable to his friends. All stand alone in their heartache and grief. 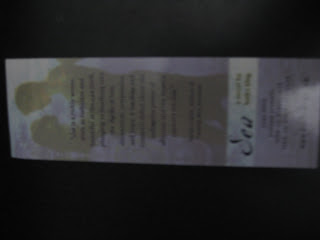 IMM
I have a SEA bookmark that I won a while back :D
SEA by Heidi R. Kling is available in any book store so don't forget to pick it up :D
~M.A.CHASE♥ 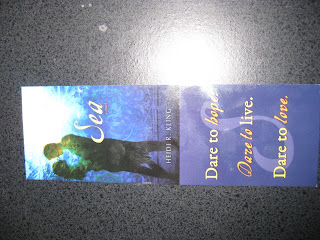 Email ThisBlogThis!Share to TwitterShare to FacebookShare to Pinterest
Labels: ARCs, Books, In my email, in my mailbox