It's my version of My Mailbox. Since I don't get stuff in the mail I'm just changing it to my e-mail. :D

I have two new books from netGalley to read. :DD 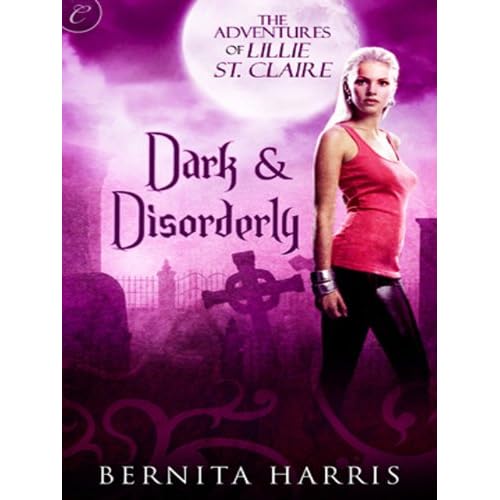 Dark and Disorderly by Bernita Harris

"I was standing there naked when my dead husband walked into my bathroom..."

Lillie St. Claire is a Talent, one of the rare few who can permanently dispatch the spirits of the dead that walk the earth. Her skills are in demand in a haunted country, where a plague of ghosts is becoming a civic nuisance.


Those skills bring her into conflict with frightened citizens who view Talents as near-demons. Her husband comes to see her as a Freak; so when Nathan dies after a car crash, she is relieved to be free of his increasingly vicious presence. Lillie expects to be haunted by Nathan's ghost, but not to become Suspect #1 for her husband's murder and reanimation


But what's most surprising of all is the growing attraction between her and psi-crime detective John Thresher. He thinks that Lillie killed Nathan--and Nathan must agree, because his zombie is seeking revenge. Now she and Thresher must work together to solve her husband's murder--before his corpse kills her...

I'll Become the Sea Rebecca Rogers Maher (No picture available)
Jane Elliott has found peace. By all accounts, she's a success story: a survivor of childhood abuse who has dedicated her life to teaching. She's also engaged to marry Ben, an ambitious documentary filmmaker.
But hers is a false and fragile peace. Focusing on her students at an urban Jersey Shore school and maintaining a relationship with an absentee fiancé conveniently keep Jane from feeling much of anything at all.


This safe existence is threatened when she meets David, a musician who runs an afterschool program for at-risk kids. Because of her commitment to Ben, Jane can deny her attraction to David and convince herself they are just good friends.


But an accident, a death, a grim family obligation and her own intense desire force Jane to overcome the past, rethink the present-and take a genuine risk on love.
Posted by ~M.A.CHASE at 10:52 AM